Catch Crabs in the Puget Sound 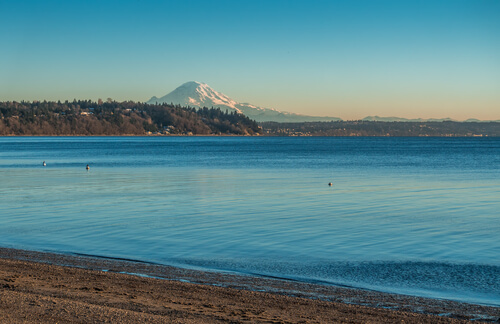 Even with only a few months in to the new crabbing season, when crabbing in the Puget Sound, you will see an abundance of overflowing pots.

Many crabbers choose to place their pots on their way out of the marina when they want to start fishing, and they have noticed that within the first few pots, it does not seem necessary to put out additional pots.

It is important to keep in mind that there are restrictions that are in place during crabbing season. For example, during a busy season or warm weather, two pots may be limited to four people, or a five crab limit per person will be enforced.

However, what are the best crabbing locations within the Puget Sound?

This is considered one of the premier crabbing locations in the state. If you have never visited the area, you are truly missing out on some of the best crabbing and fishing in the Pacific Northwest.

It is here where your entire family can toss a crab pot out into the water while you fish right from the pier. There are times when you may catch your limit, and other times when you may not. Regardless, you will enjoy a picturesque and relaxing day on the boardwalk. The boardwalk is opened every day, all year long.

Not only is Camano Island a tourist destination, and it is also one of the most popular locations in the Puget Sound for crabbing. You can even take your catch and cook it right on the beach by the water. There are limits, seasons and methods for crabbing in this location, and you will want to contact the Washington State Department of Fish and Wildlife for any licensing and other pertinent information.

Looking to make a vacation out of your excursion? There are inns, hotels and b&b’s on the island that are affordable and accommodating.

Situated in the heart of the Puget Sound, Port Susan is considered to be both a strait and a bay. This crabbing is not open year round. It opens for the busy summer season, and it closes on New Year’s Eve every year.

Similar to other locations in the Puget Sound, it is important that you are aware of the crabbing methods and any restrictions that are in place. For example, all soft shell crabs must be released back into the water, and there is a daily limit on how many crabs each person can catch.

The Pacific Northwest is known for having some of the best crabbing locations in the country. Fortunately, for Washington State residents, the majority of these locations are in the Puget Sound.

Gear up for the season!