Is a Crab Considered Fish or Shellfish?

Crab is a type of seafood that belongs to the crustacean family. Crabs are invertebrate animals that have a hard exoskeleton and five pairs of legs, with the front pair modified into claws. There are many different species of crabs, which can be found in a variety of environments, including oceans, rivers, and streams.

Crabs are often considered a type of shellfish, along with other types of seafood such as lobster, shrimp, and scallops. Like other shellfish, crabs are a good source of protein, as well as a variety of essential nutrients, including vitamins and minerals. They are also low in fat and calories, making them a healthy choice for a balanced diet.

Is Imitation Crab a Type of Shellfish?

Imitation crab, also known as surimi, is a type of processed seafood product that is made from ground white fish that is mixed with other ingredients and shaped to resemble crab meat. While it is often referred to as “crab,” it is not actually made from crab meat.

Technically, imitation crab is not a type of shellfish, as it is not made from the shells or exoskeletons of crustaceans. However, it is often classified as a type of seafood and is sometimes included in the category of shellfish due to its flavor and texture, which are similar to those of crab meat.

Imitation crab is a popular ingredient in a variety of dishes, including sushi rolls, salads, and dips. It is generally lower in calories and fat compared to real crab meat, but it may contain added ingredients such as wheat gluten, sugar, and artificial flavors, which can affect the nutritional value of the product. As with any food, it’s important to pay attention to the ingredients list and choose a product that is made with minimal additives. 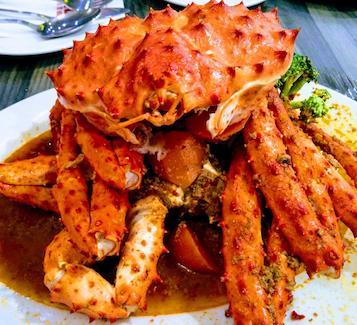