Is it Safe to Eat Spider Crabs?

It is common for people to be put off by the Martian-like glare of spider crab. Though these spiky shellfish are extremely delicious and revered for their unique taste and texture, they are not found far higher up in the seafood menu. It could be because spider crabs are feared to be not so edible or be poisonous. Read on to know whether it is safe to eat spider crabs.

What are spider crabs?

Spider crabs have thick and rather rounded bodies with long, spindly legs. They are generally sluggish and slow-moving. Most spider crabs are scavengers.

Spider crabs are not known to be poisonous. They may sometimes cause gastric upsets and other mild to moderate symptoms when consumed by a person having an allergy to seafood. 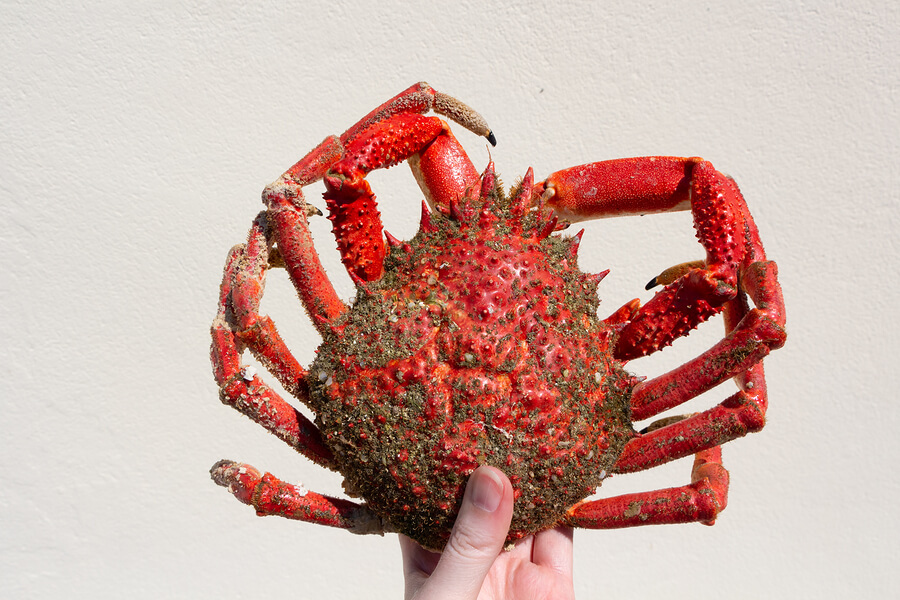 Yes, the meat of spider crabs is incredibly delicious. It tastes as good as the meat of brown crabs. It is, in fact, far sweeter than most other seafood. The reluctance to eat spider crabs is more to do with their formidable appearance than the taste or the fear of them being poisonous.

Some of the popular spider crabs people love to eat include:

It is a spider crab found in the seaweed on the Pacific coast between Canada and Mexico. These crabs are considered good for eating if they are red to dark red in color, and have smooth shells.

This spider crab is commonly found in the Indian Ocean. It is camouflaged to appear like the coral to help it hide from predators. Not much is known about whether it is safe to eat these types of crabs.

The Japanese spider crab is claimed to be the largest crab. They are extremely delicious though their large body and dark color could be intimidating at first glance.

Let us have a look at the best ways to eat spider crabs. 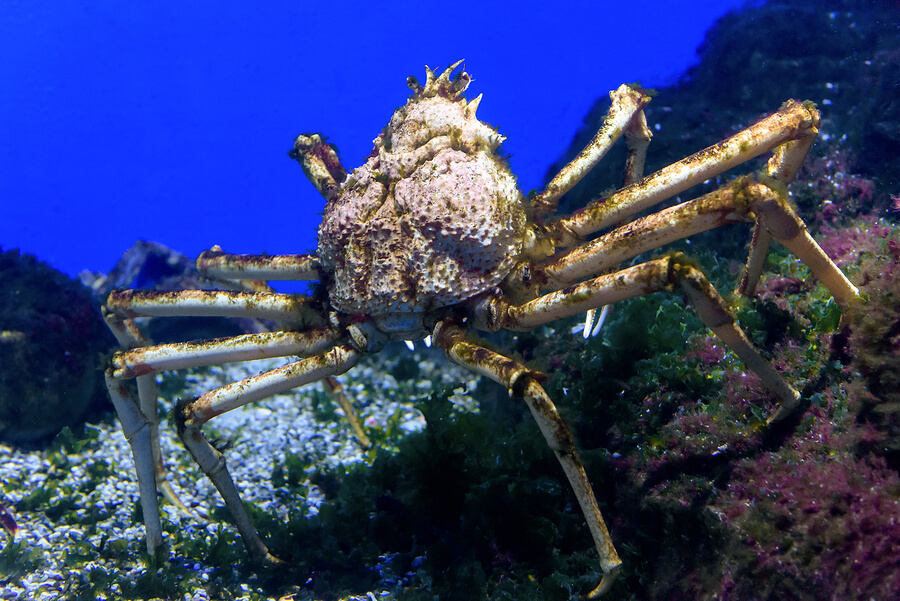 How To Clean and Cook Spider Crabs

The best way to clean spider crabs is to put them in ice. It would demobilize them while keeping its meat fresh. Then, break off their top shell to detach it from the meat. Remove any piece of the shell or other parts that do not contain meat. Cooking spider crabs is similar to boiling stone crab claws or blue crabs.

Before cooking, you can leave it secured in a refrigerator for a few hours. Then, place it on its back and lift up the belly flap. Then, drive a knife through to its back giving it a wiggle.

Then, you can place the meat to a pot having boiling water. Boil it for at least 15 to 20 minutes per kilogram of meat. You may need to cook it for a longer duration if more than one crab is added to the water. Remove the spongy greyish gills before picking out the flesh. It is unknown whether boiling crabs causes pain.

Once the meat is cooked, you may add the seasonings or follow any recipe you love for preparing any crab dish.