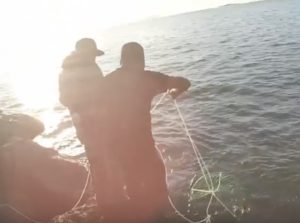 Sonoma County, CA, accommodates one of the most famous crabbing destinations in the U.S.: Bodega Bay. Even though this bay isn’t that long (only 5 miles or so), it provides an inexhaustible source of various species of crabs.

Recreational and commercial crabbers alike go there and crab from boats or directly from the banks. The crabbing season lasts for 8 months (November to June), so a crabber has got plenty of time to crank his game up a notch.

If you go crabbing on the Bodega Bay, you should be familiar with the strict crabbing rules that are in vigor there. For instance, there are 5 different species of crabs swimming there: yellow, rock, Dungeness, red and slender.

A crabber isn’t allowed to catch more than 10 crabs of the Dungeness kind per day; in the same fashion, a crabber can catch 35 more crabs, provided they’re from different species. Subsequently, you can catch 45 crabs, of which 10 have to be Dungeness.

Why can one catch only 10 Dungeness crabs? It’s really simple: they’re gigantic and consequently have a lot of meat. If all crabbers caught Dungeness crabs, the bay would run out of them within a couple of days.

There is yet another limitation in regard to the size of the Dungeness crabs you’re catching: they’ve got to be 5.75” (the minimum). If they’re smaller than that, you have to release them back in the bay.

When it comes to the crabbing license, you don’t need one if you crab from the pier or if you’re younger than 16. Adults will have to pay for a license, though.

How to Get a Huge Catch

Crabs love shallow water, so there’s where you should go if you want to catch as many as possible (but again, not over 45). In some cases, crabbing from a rock or pier can provide a more abundant catch than crabbing from a boat.

You can catch crabs with traps, snares or nets, whichever works best for you. Traps are more suitable for crabbing from the banks, while the snares and the nets work just great when you crab from a boat.

Pro Tip: If you’re outside of the area and you’d like to see what weather conditions are in Bodega Bay, you should go on the official USA fishing site – that’s where you’ll find every bit of info concerning the weather and the regulations.